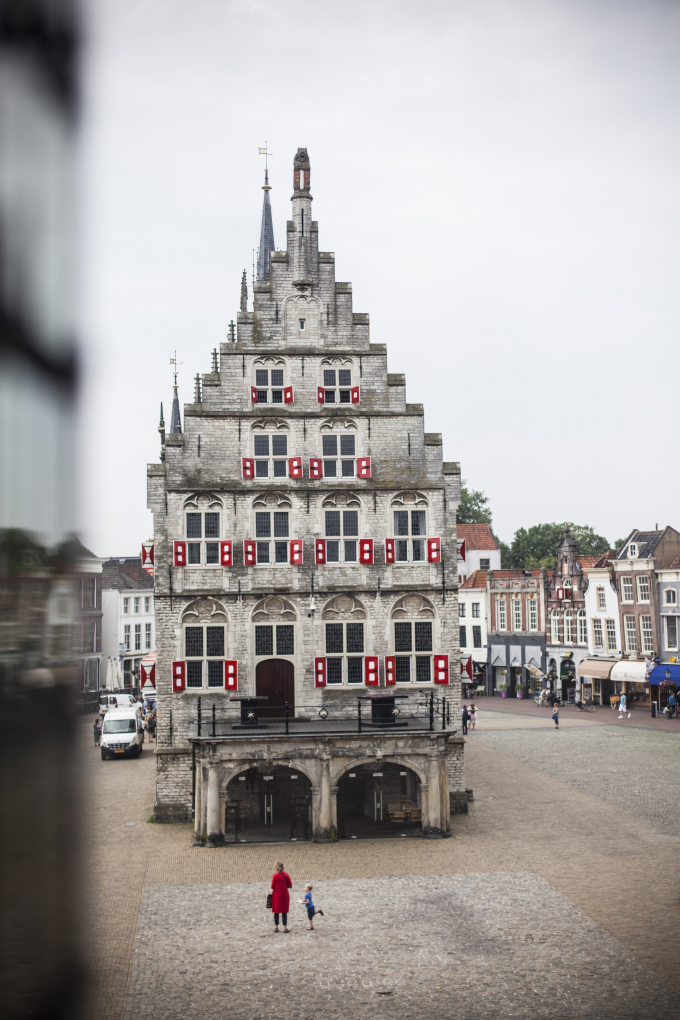 Do you know when something incredible happens to you, that you even don’t know where to start to tell about it? Well, that’s exactly what happened with this story that dates back to May 2018, when Francesco and I were invited by NBTC Holland to take part in a “Cheese Valley” press trip in Holland, and more precisely in that small but fascinating so called region, that covers four towns and cities, each with its own history and traditions.

Now you know it, when Holland calls I always reply with a super enthusiastic: here I come! You can look at all the evidence here & here, by reading my previous travel-stories on what – now I can say it – is my favorite European country, of those I have visited.
Yet, although I’ve traveled several times through this wonderful country – especially crossing the area between Amsterdam and Rotterdam where the so-called “Cheese Valley” is located – I had never realized the existence of a small town called Gouda. Yes, Gouda, just like the cheese we all know, as much as the world-renowned Italian Parmigiano Reggiano cheese.
Who knew that this delicious cheese – that just a couple of years ago I had discovered in its amazing version “OUD” (old) and for which I broke a suitcase bringing home kilos and kilos – came precisely from this region?! Certainly not me!
So, before realizing what I was going to do, I was already there, sitting at the table of what would be only the first of a long list of restaurants where, invested with all the honors and attentions dedicated to “press officers”, we would be coddled and delighted during our trip.
Here comes a complete report of all the places I visited, the restaurants I ate in, and some tips and suggestions if you’re planning a trip to this region. Let’s go in order. 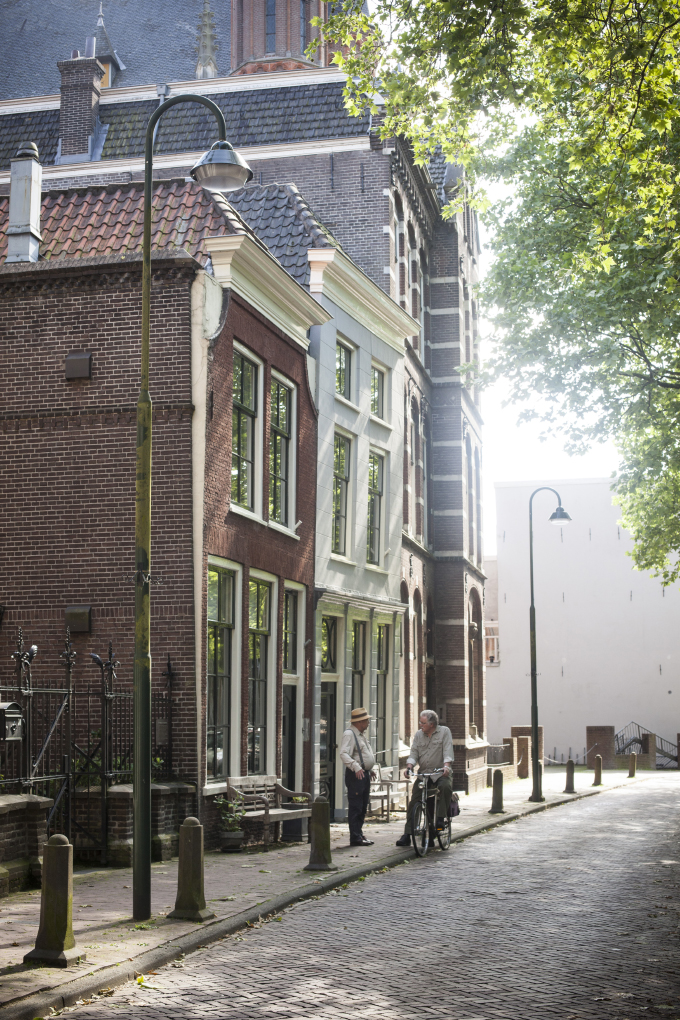 Gouda has a delightful historical center which is crossed by canals and small bridges and is characterized by the typical flamboyant Gothic taste, which literally explodes in a flash of bright red at the sight of Stadhuis, the old town hall and its numerous colored shutters.
The Town Hall stands in the middle of the large Market Square, where every Thursday morning the historic cheese market takes place, since 1395.
Walking through this small historical center is like jumping back in the past, especially when you stop at the Weight House / Cheese and Craft Museum for a short cheese tasting.
We’ve strolled at sunset skirting the canals and breathing the first warm air announcing the arrival of summer, and finally reached the elegant Unique restaurant where we were greeted by our guides and delighted with several tasty and original dishes and too many glasses of wines. 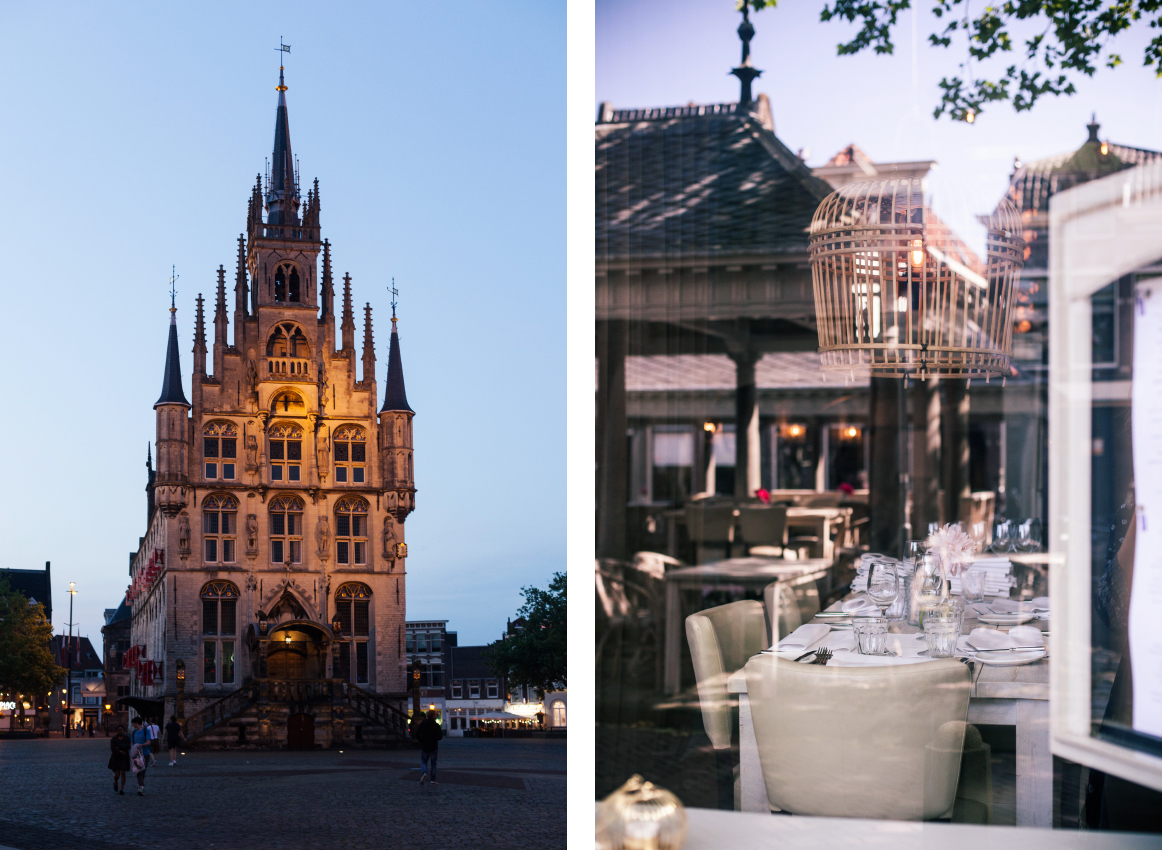 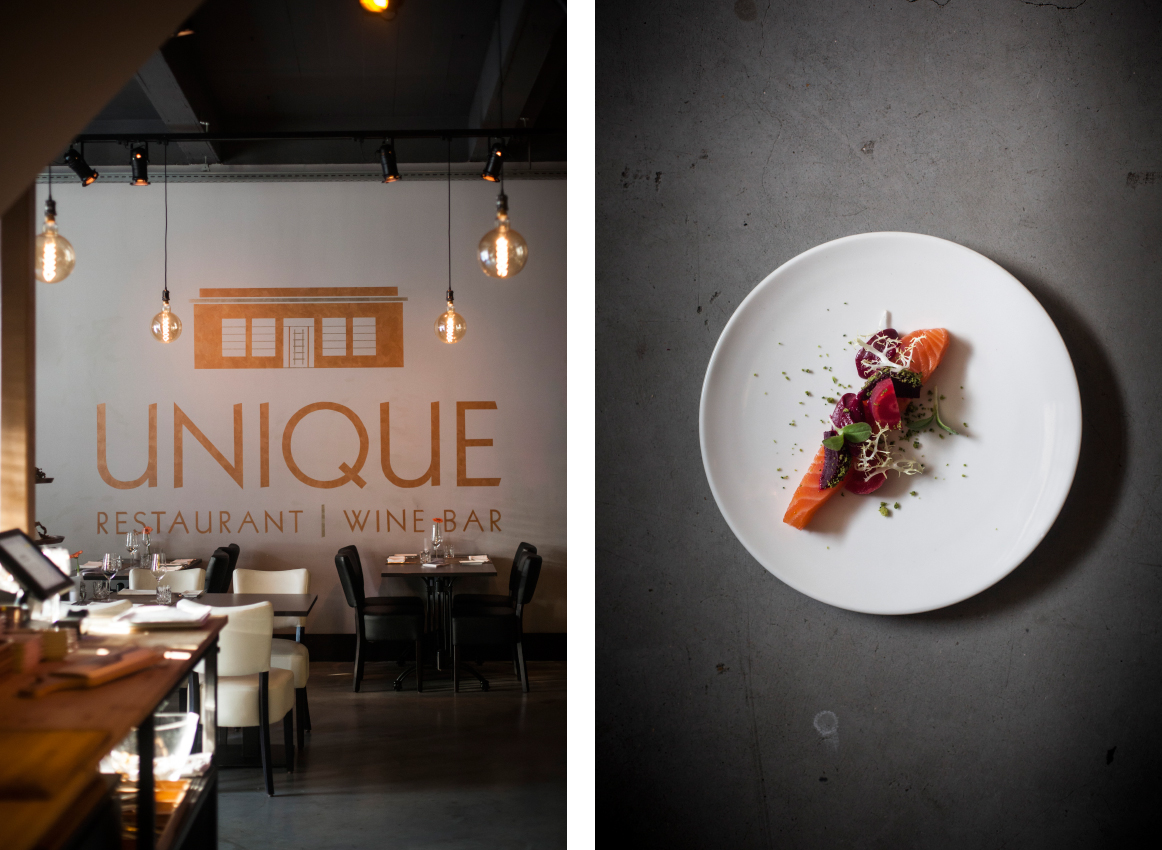 Although Gouda and its surroundings are famous mainly for cheese production – which is also called “yellow gold” because of its golden color – this town is equally well known and appreciated for the intense production of artisanal beer and Stroopwafel… basically what would be my ruin, in the end.
Stroopwafel, the thin biscuits which have been produced in Gouda since the end of ‘700, are waffle made from two thin layers of baked dough with a caramel syrup filling in the middle. If you know what I mean… and if not, I just recommend a visit to the Siroopwafelfabriek, where you can buy these historical biscuits which are so different, and of course so much more delicious than industrial ones. [Thanks Ingrid! Perfect model and dearest friend!] 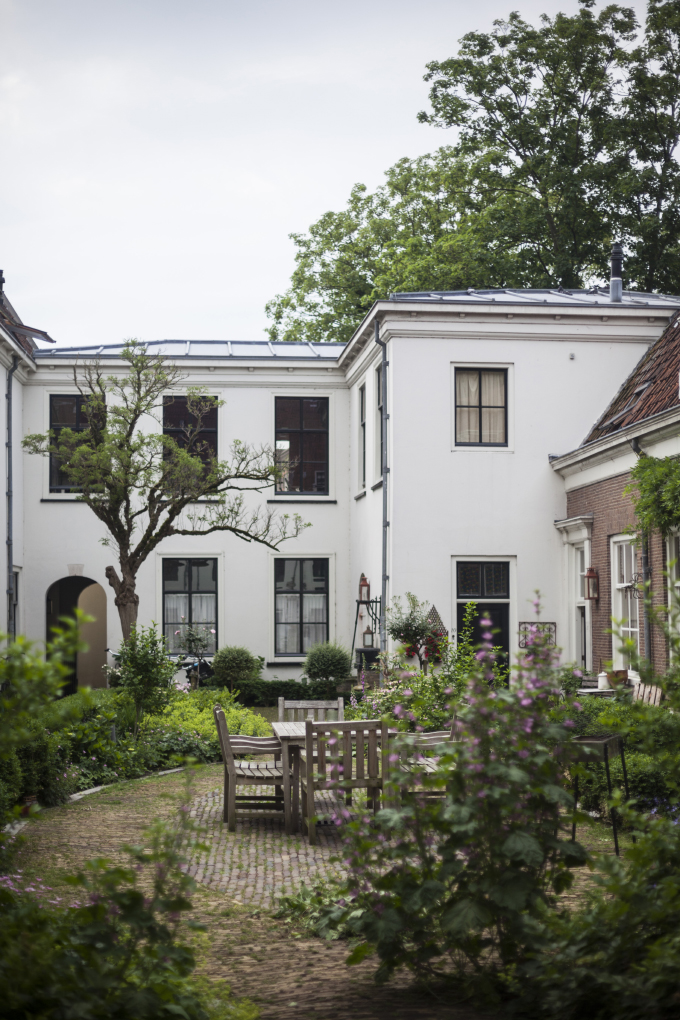 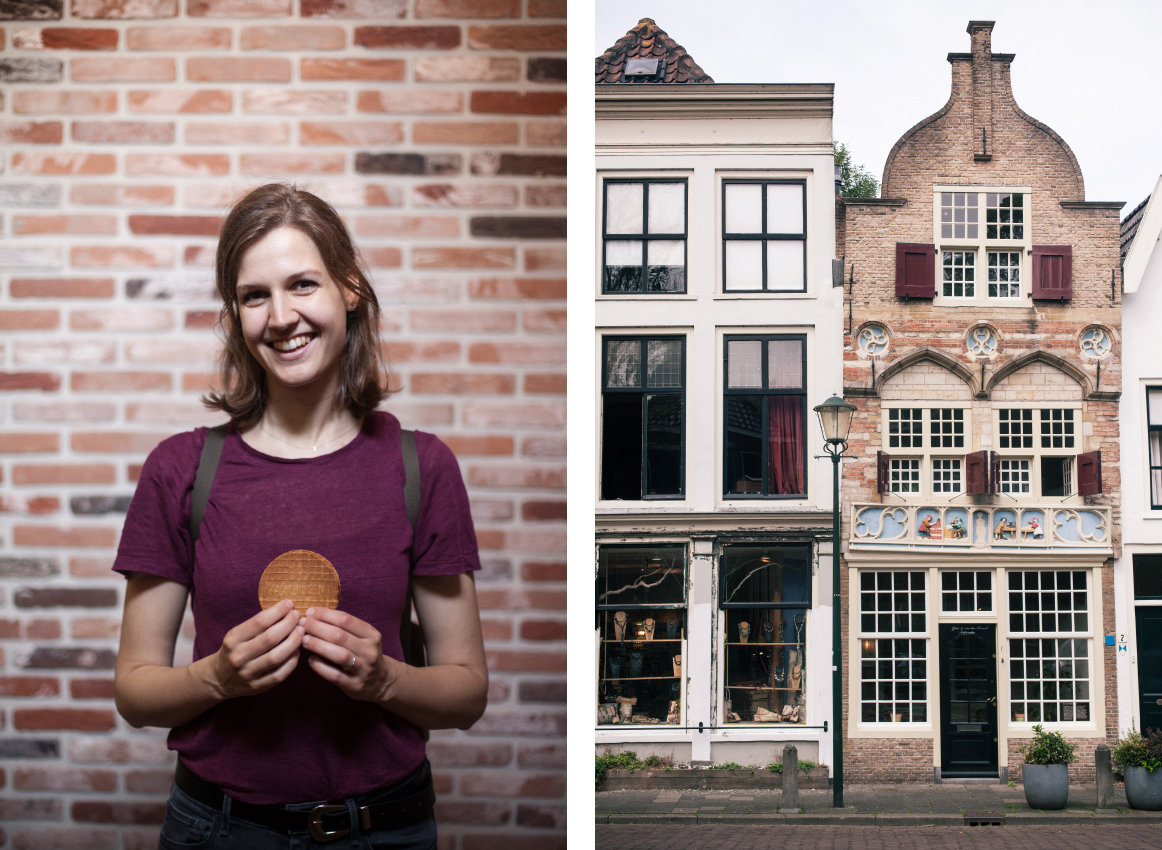 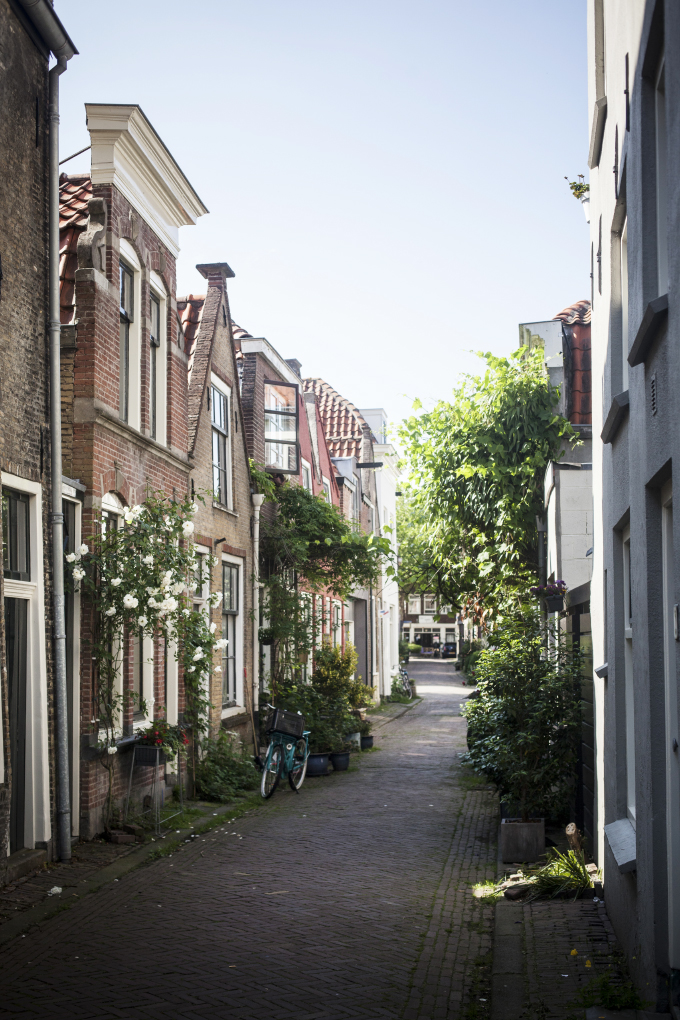 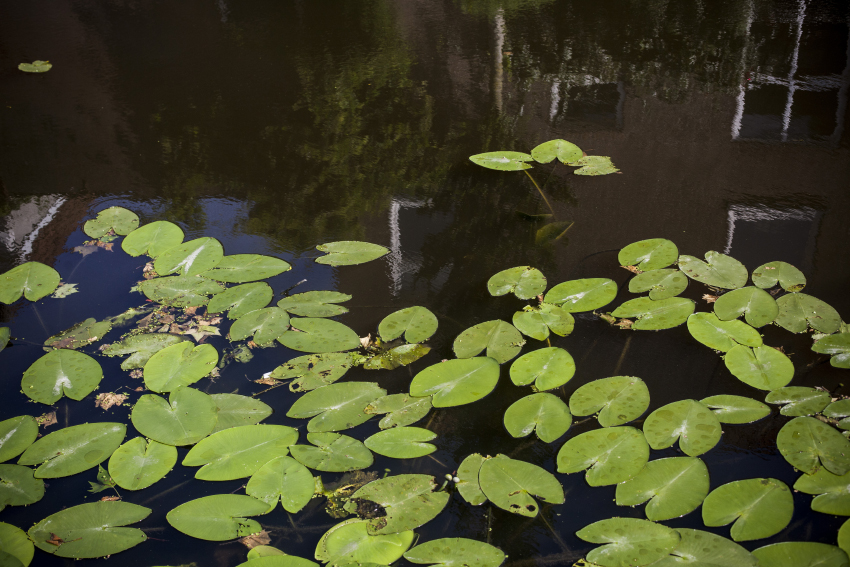 We  left Gouda after a walk along the canals – which were covered by water lilies – and we headed to a small neighboring village called Bodegraven, where we stopped for a lunch al fresco at De Munt restaurant.
Cheese platters served with mustard, wine & beer tasting – including a delicious grape-fruity double beer from the local De Molen browser we visited immediately after lunch – an insanely gouda fondue (oh my goodness!), and to conclude a wonderful artisanal full-fat vanilla ice cream…
Who could ask for anything more? Just look at Francesco’s face! 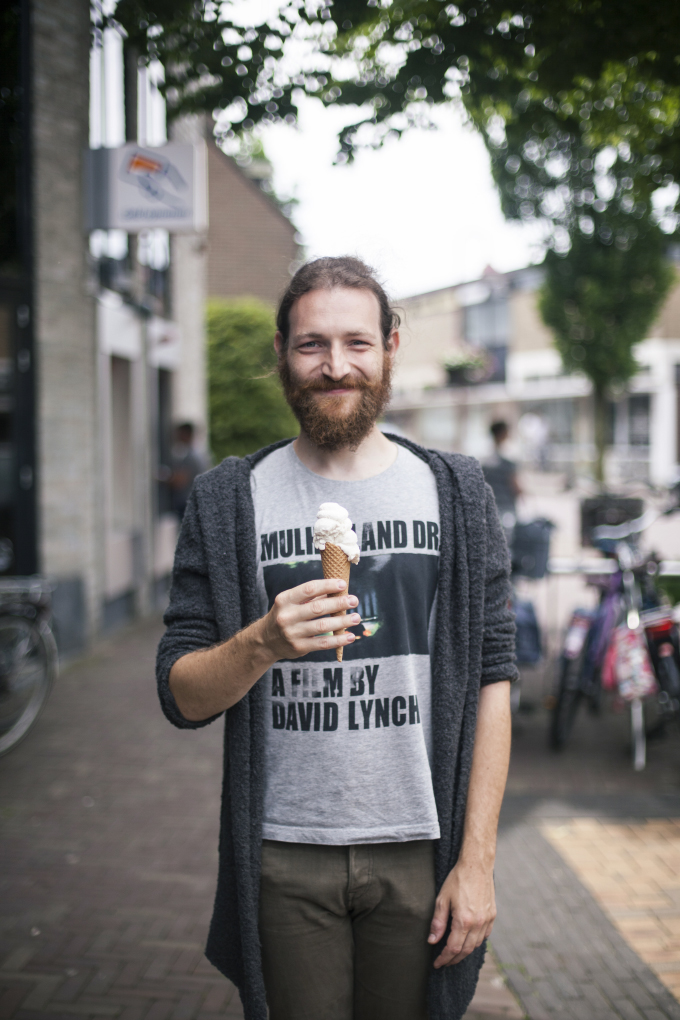 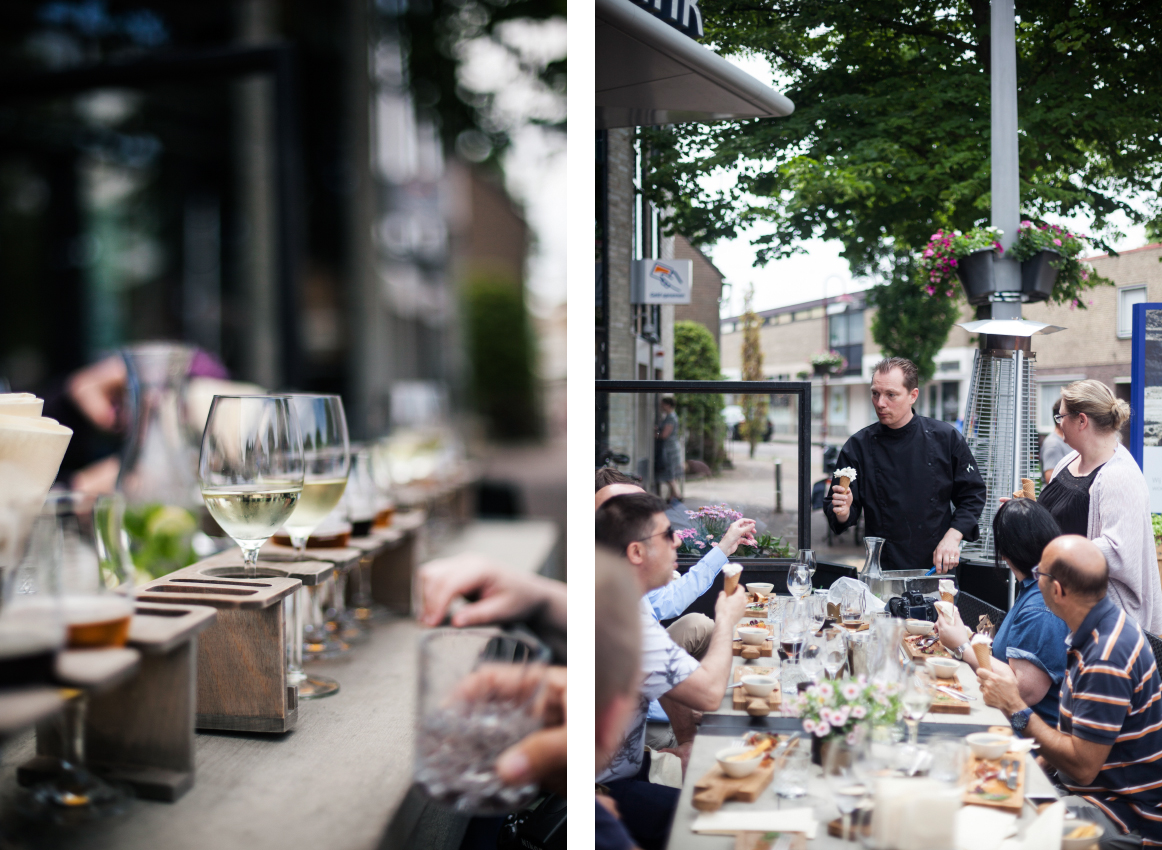 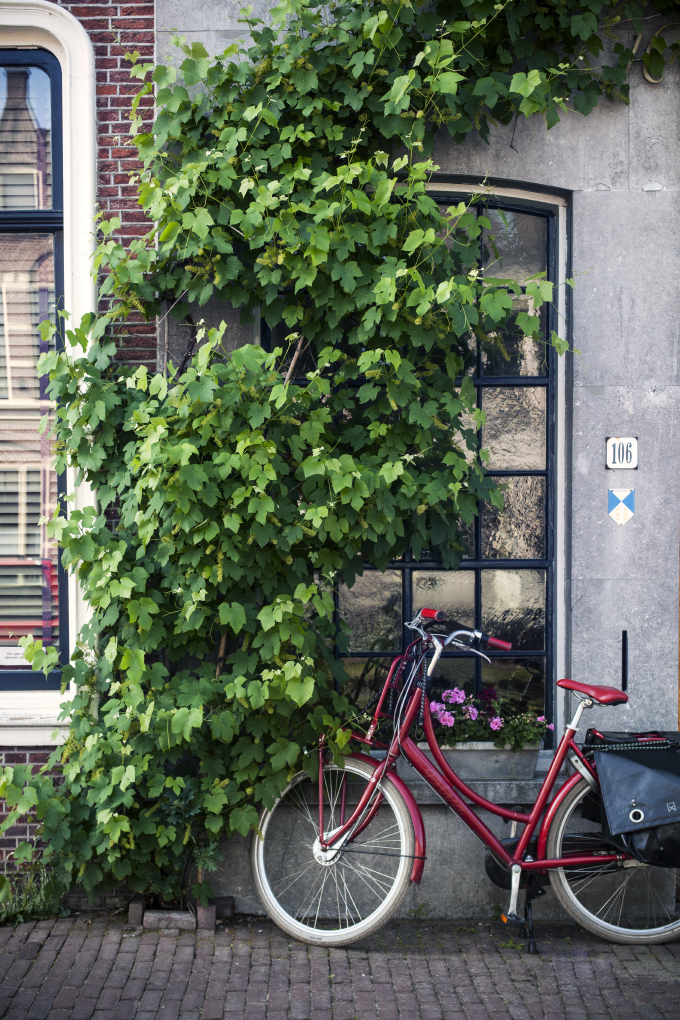 We continued our journey through the beautiful surrounding countryside, up to De Twee Hoeven cheese farm in the village of Haastrecht in the region called Krimpenerwaard, where I do not exaggerate by saying that I tasted the best cheese of my life. This cheese is called “graskaas” (spring cheese), and it is the first cheese which is made of cow’s milk from fresh grass. I do not know if I can describe it in words, but this taste has completely changed my expectations towards any type of Gouda. There is no comparison, the “graskaas” is THE cheese.
At the farm we met the 180 cows that are milked every day to produce a total of about 150,000 kilos of cheese … per year! Here I had a close encounter with a sweet misty-eyed calf who melted my heart, especially when I thought about how these animals are exploited in other intensive farms which are certainly very different from this one. 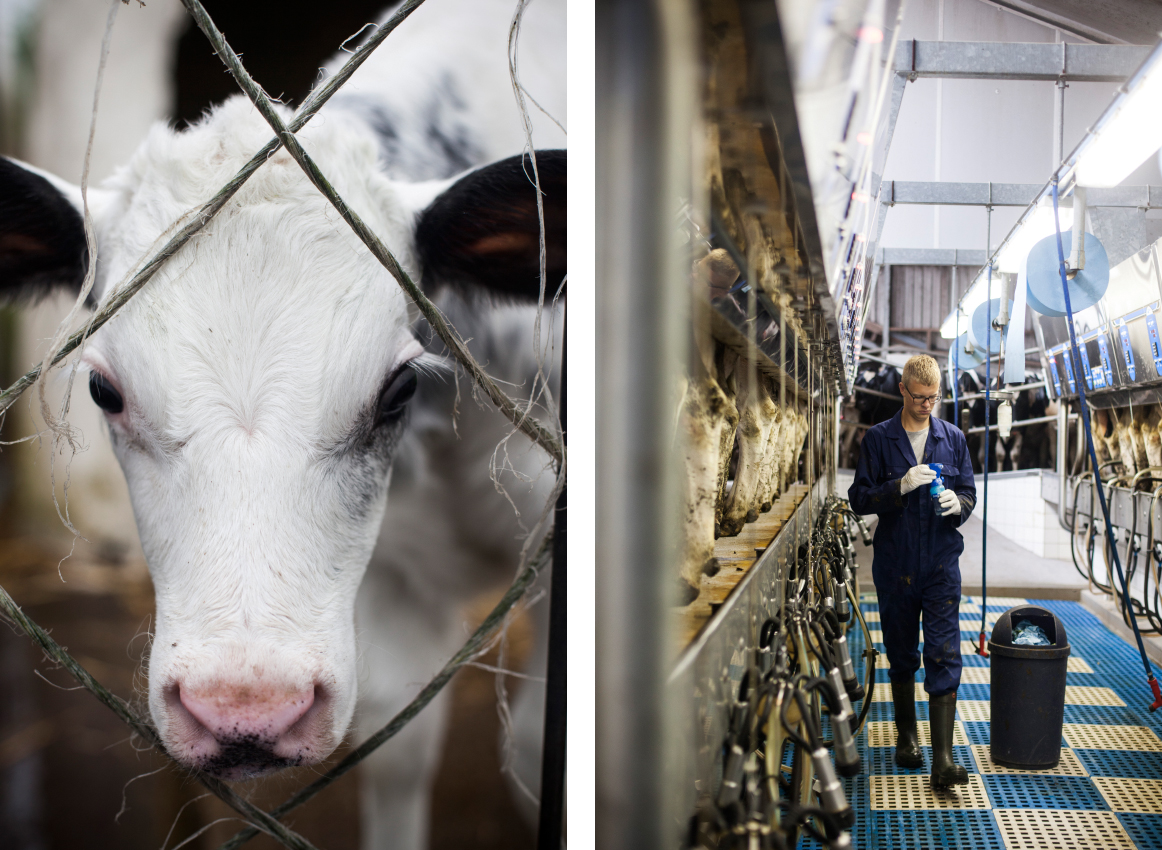 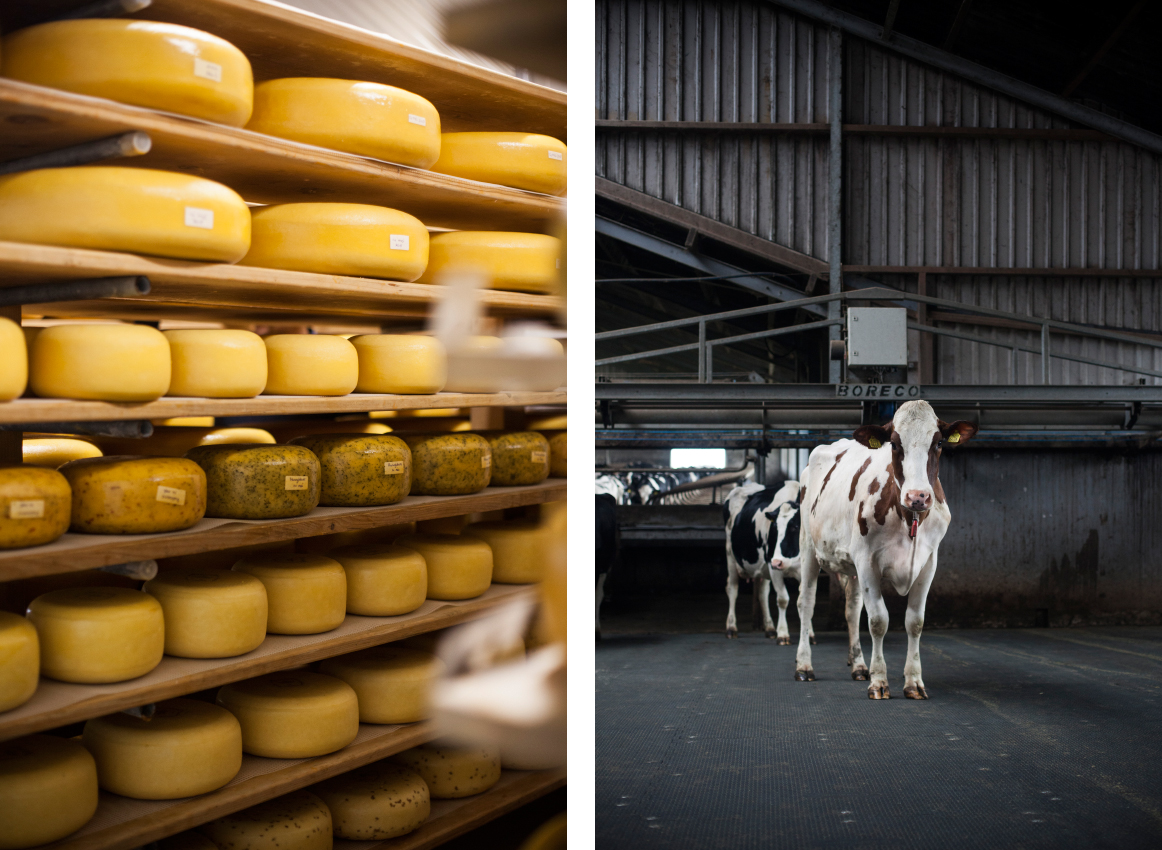 During our press trip we stayed at the Best Western Hotel, both in Gouda and in Woerden, where we arrived in the late afternoon.
Woerden is a very lovely town which is located in the province of Utrecht, where you can walk or bike to discover the historical sites like the fifteenth-century castle or the ancient Windhond stone mill, that was built in 1755 and is still working today.
You can’t miss a quick stop at the Reypenear Cheese Warehouse, a historic warehouse where about 15,000 cheese forms are kept to mature. The sight of this immense deposit of cheese is quite incredible, as well as the strong smell that grabs you when you cross the threshold!
After the walk in Woerden, we were taken to what in my opinion was the most interesting gastronomic experience, which occurred at the well-renowned and awarded De Florijn restaurant in Nieuwerbrug, where the chef Brenda de Graaf delighted us with an unusual and quite elaborate menu. The evidence of this is that I didn’t take any picture, which usually only happens when I’m really focused on food and on enjoying the experience!
The following day the unexpected happened! Never in my life I would have imagined of being officially welcomed at the “Grass Cheese Day” by the Mayor of Woerden in person, and even carried around the city in a carreage which was packed with people, pulled by horses and followed by a band!
I remember I thought of being inside of one of my freaky dreams, one of those in which I find myself in surreal situations.
I got back to reality (not exactly!) once I got off the carriage and I walked through the stalls of the farmers market in the Kerkplein of Woerden, where piles of gouda were neatly arranged along the square. 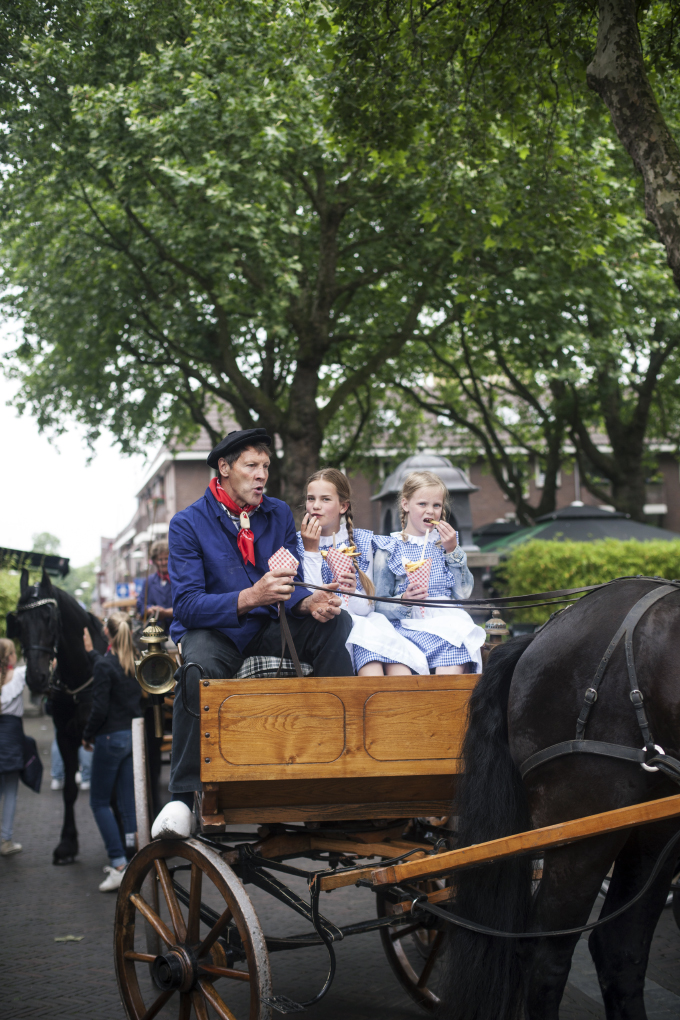 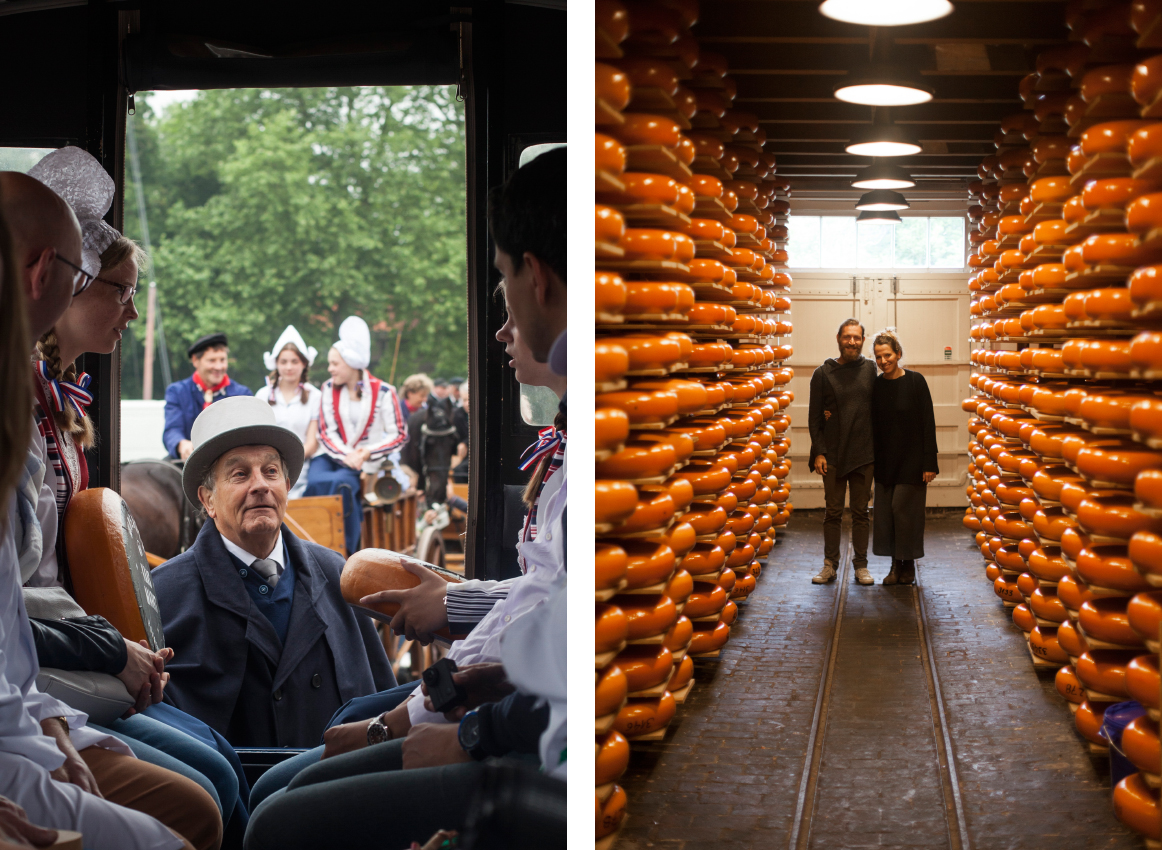 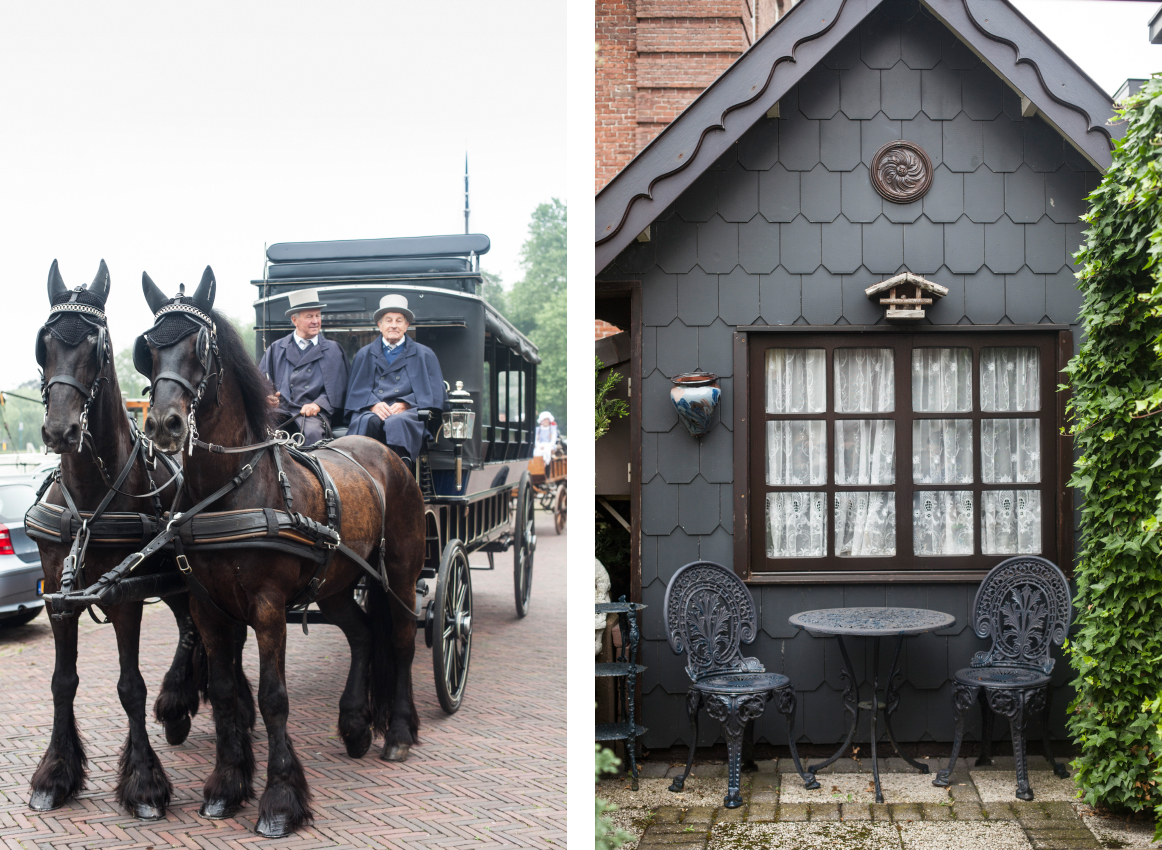 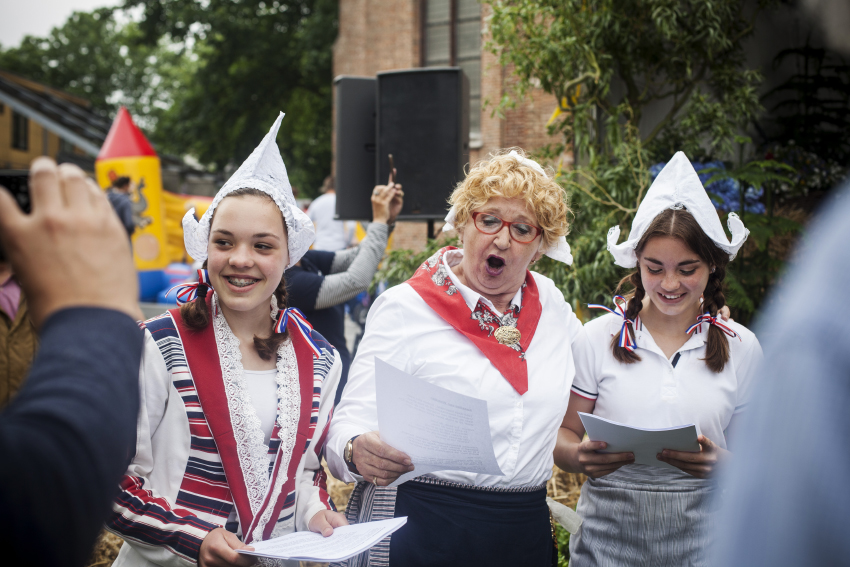 The surreal Wes-Anderson style dream continued on the notes of a traditional song which was sung with enthusiasm by a crowd of people when a huge 125 kg cheese form arrived on a big horse-driven wooden cart, ready to be auctioned for charity.
I am not sure if I just dreamed of it, but I guess the huge charity cheese auction reached the great amount of 15.200 euros, amongst the applause of the delighted audience.
It was so nice. Surreal, but nice – to quote Hugh Grant, when with a fishy face he let himself go to Julia Robert’s charm in Notting Hill. I think my expression was quite similar to Hugh’s, when I noticed a glorious pile of graskaas on sale on the farmer stalls. God save me, I thought… but at this point it’s needless to say that I brought home almost all the graskaas which was produced in Woerden in 2018.
This year, the Grass Cheese day will take place on the first Saturday of June. If you go, just bring an extra empty suitcase with you. 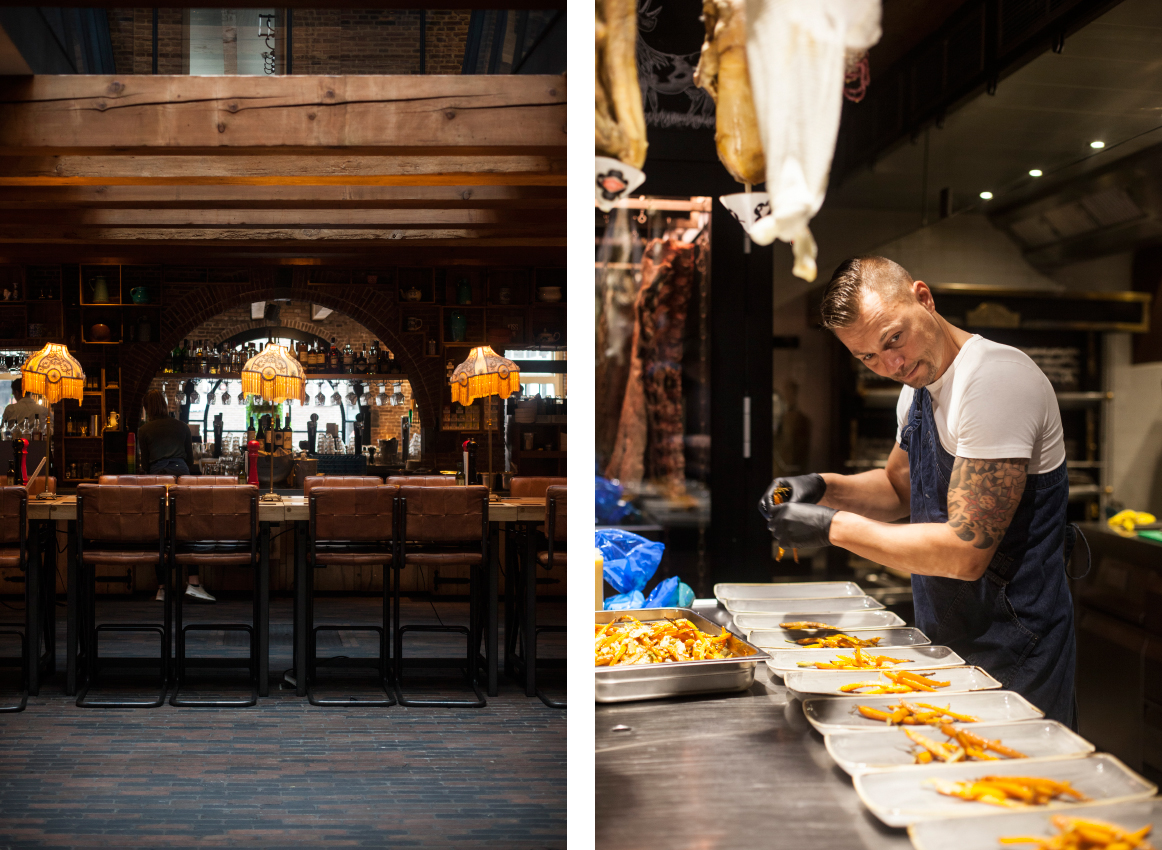 Our trip inevitably ended around another table, at the cozy Van Rossum in the Stadshotel restaurant in Woerden, a fully renewed and cool place which used to be an arsenal long ago.
We ate there, looking through the hustle and bustle of the beautiful open kitchen, with grateful hearts and insanely full stomachs.
A very special thanks goes to Visit Holland and Cheese Valley, for making this trip unforgettable and in particular to our fellow travelers and our guide Champ Bowman. 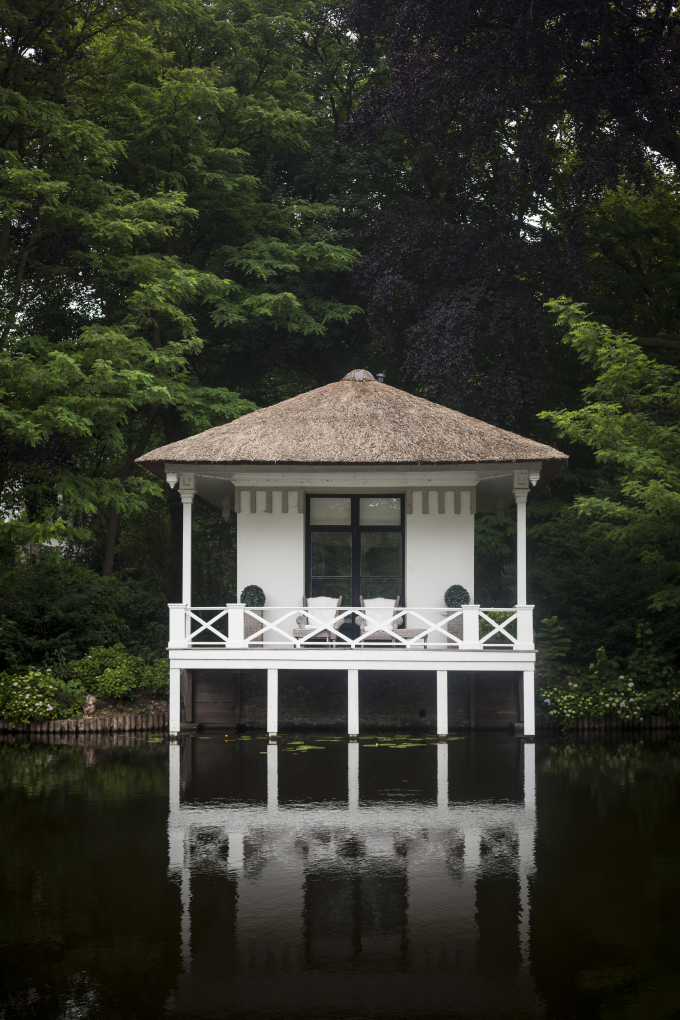 NORWAY: A TRAVEL INTO THE BIG NORTH (BETWEEN TRONDHEIM AND AROUND) – PART 1 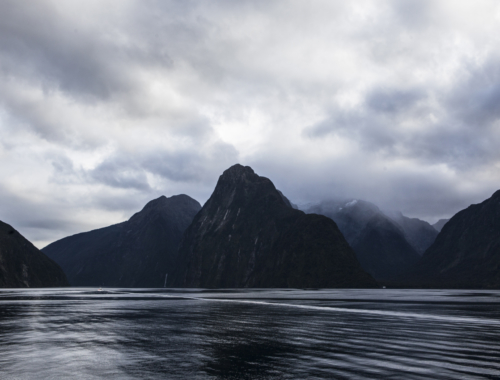 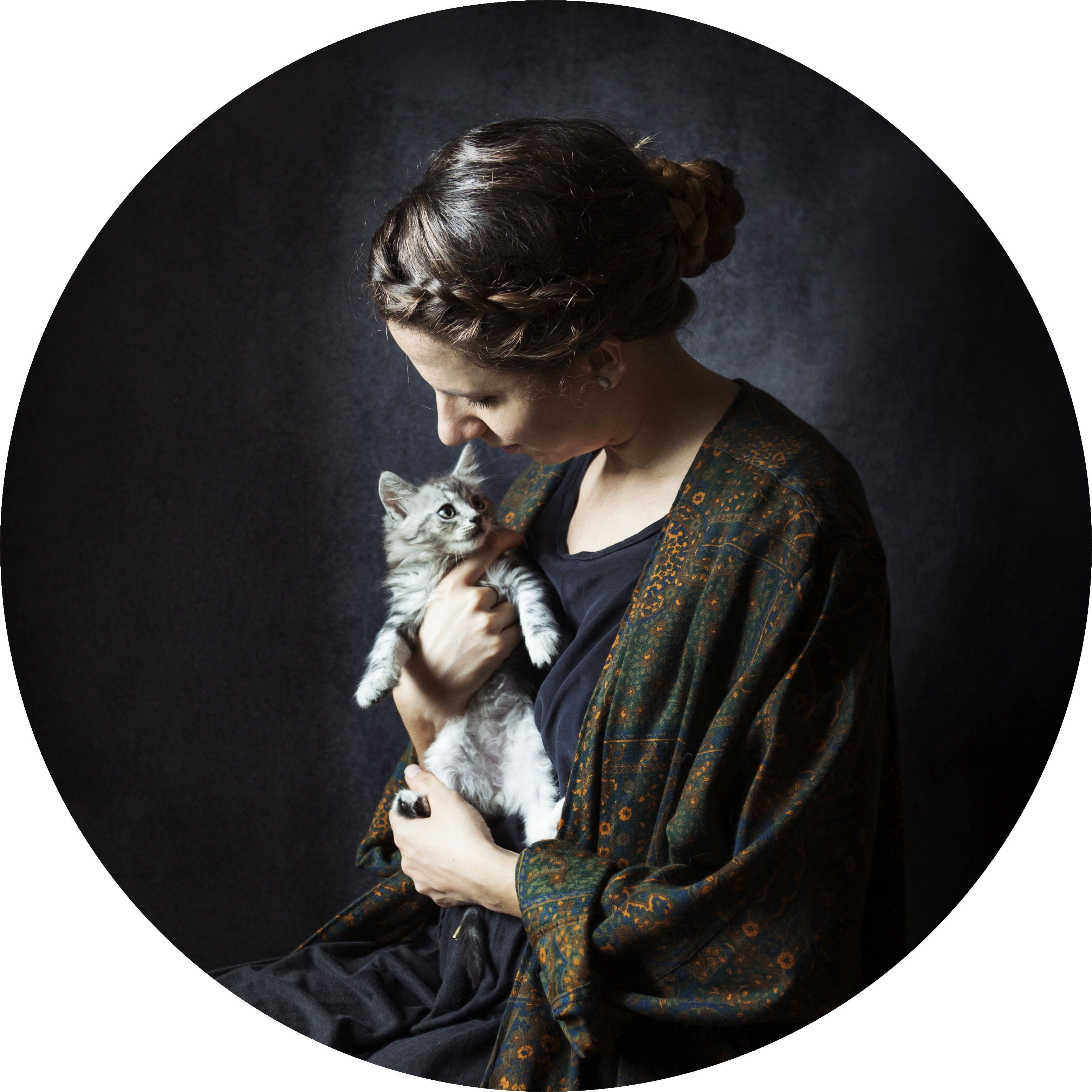 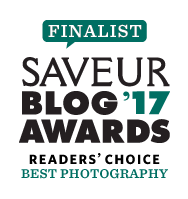