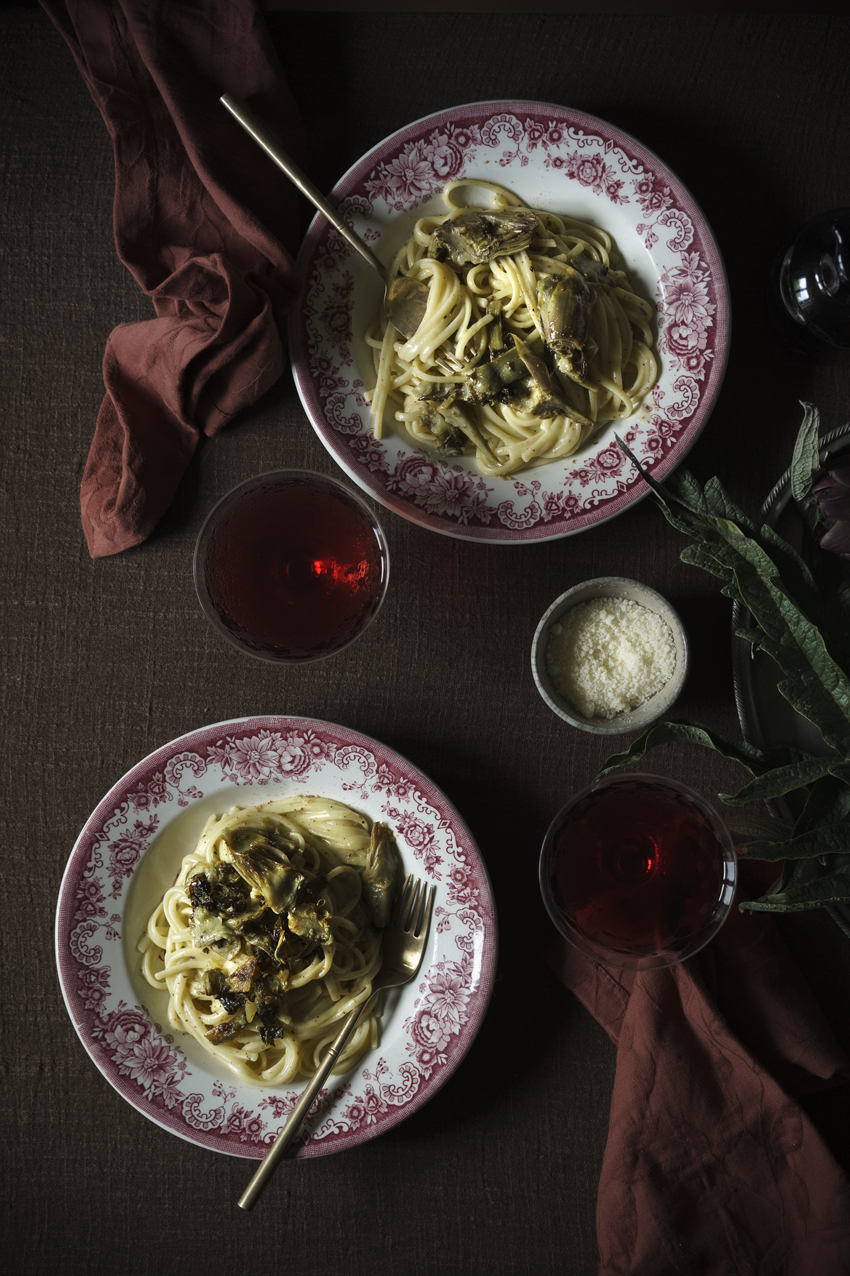 Let’s go straight to the recipe because it’s phenomenal!
I don’t know if I invented it, I just know that I was blown away by its incredible bold flavor when I made it the first time with the little artichokes from my garden!
The secret is all in the creamy sauce you’re going to make with the cooking juices released by the vegetables. Potato plus young artichoke leaves, along with a bit of Parmesan and Pecorino Romano cheese: together they make a delicious slightly bitter sauce to toss your pasta. Artichokes cooked in this way in Venice are called “in tecia“, which means in the pan, where they are slowly wilted together with plenty of good extra virgin olive oil, fresh parsley, garlic, and more importantly their young leaves and stems, which give the preparation a pleasantly slightly bitter flavor. The important part is to let the vegetables absorb the cooking water completely without ever stirring, waiting until they almost stick to the bottom of the pan. The cooking juices are essential to give the dish a sort of caramelized note.
The artichokes I recommend for this recipe are “violetti di S.Erasmo” a specific and very renowned type of local artichokes that have breathed the Lagoon air and their roots have been nourished by a mix of salty and fresh water from the soil. That’s why they have such a light, naturally salty, special taste. They are firm to the touch and have a nice smell of the lagoon.
This would be the best…  but knowing that unfortunately they can only be found locally, the hearts of some purple elongated artichokes will do just fine.
I hope you like it 🙂 instructions are below! 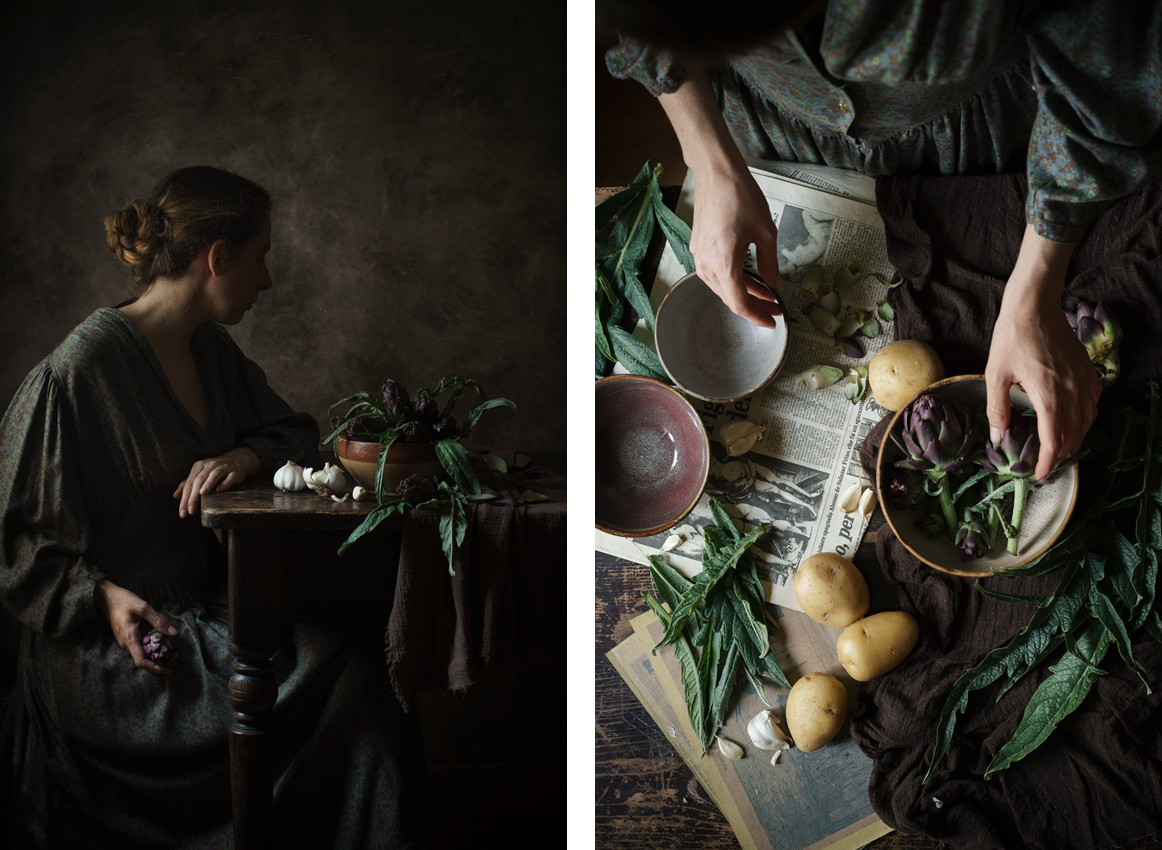 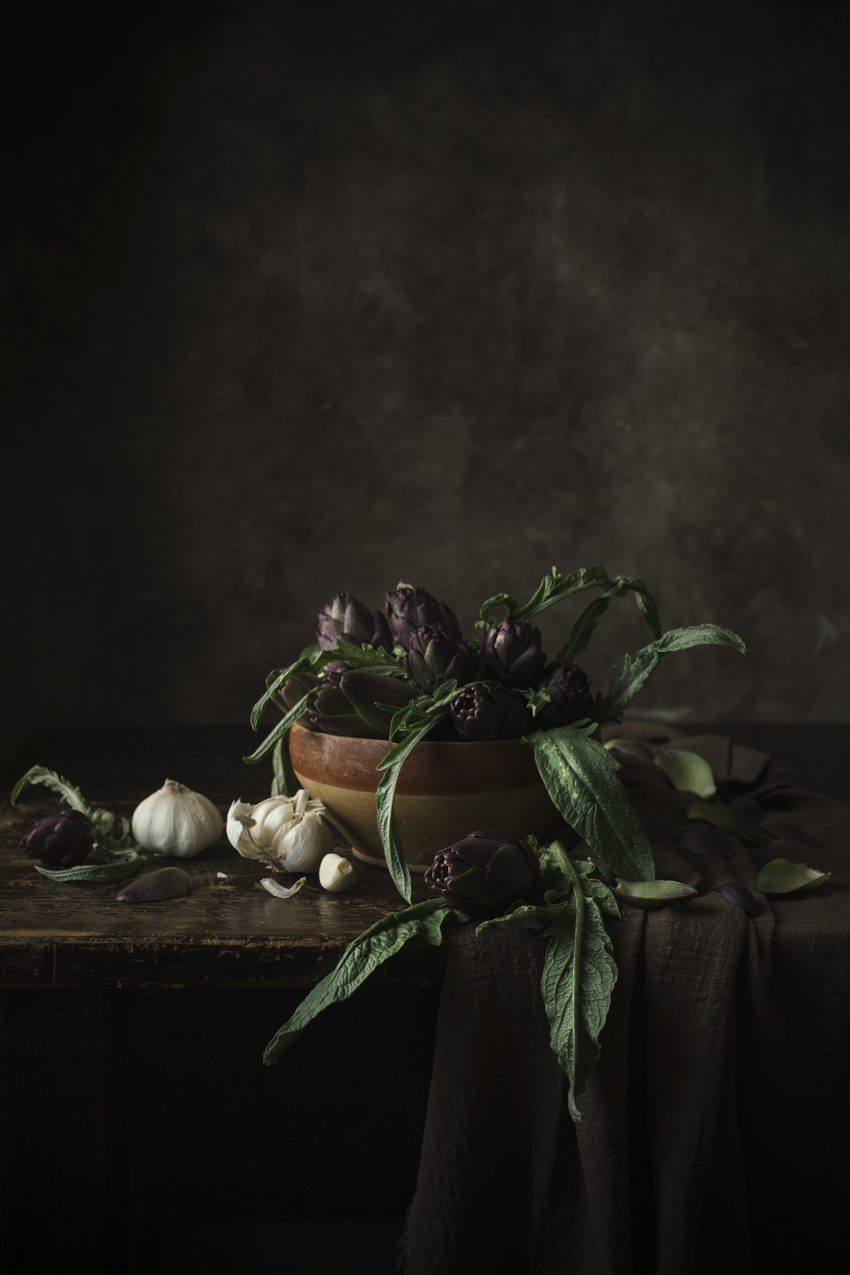 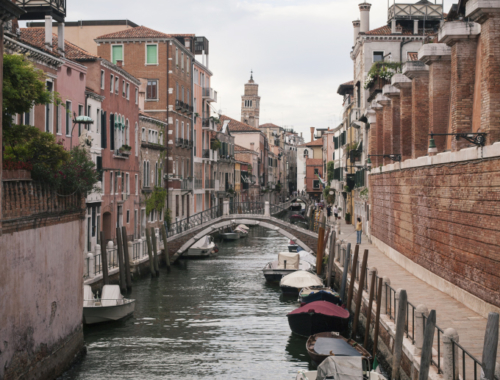 A Creative Gathering in Venice and two easy-recipes from Veneto, Valeria Necchio’s cookbook 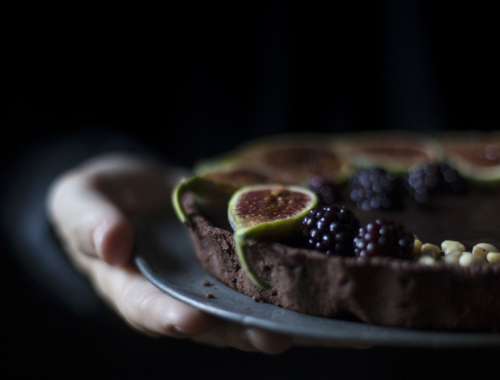 Towards a new season – Tarte au chocolat with figs, blackberries and pine nuts